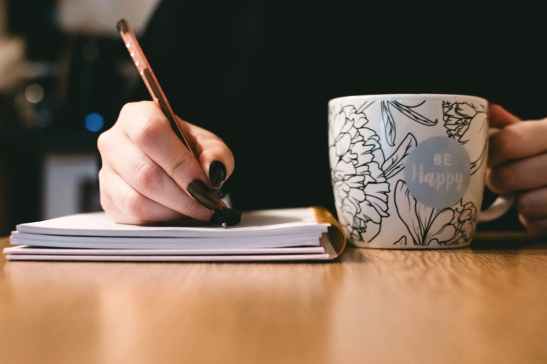 Long ago and far away, back when I, at the lofty age of nineteen or so, decided to get serious about this whole telling stories lark, my idea of a perfect writing day was mostly about quiet.

I worked full time, first as a dental nurse and then as a civil servant. Both of these jobs were stressful and demanding and LOUD, whether the sounds were shrilling dental drills in the surgery or shrilling children and shouting customers in the JobCentre. The sort of aural background that’s less ‘white noise’ and more ‘pulsing multicoloured sparks across your vision whoops now you have a migraine noise’. Saturdays were about carrying out that seemingly endless list of tasks required of adults – cleaning up after and exercising the animals, visiting the bank, buying food, putting things in the washing machine and taking them out again and draping them all over the house to dry, realising you haven’t cleaned the bathroom in six weeks AND that you’ve run out of surface cleaner, realising halfway through your second trip to the shops to buy surface cleaner that you forgot your sister’s birthday shitshitshit and you’re expected to turn up at that nice restaurant for a dinner that night and except for the raggy jeans and t-shirt you’re stood up in every item of clothing you own IS STILL DRAPED ALL OVER THE HOUSE DRYING – all that jazz.

So my actual writing time was pretty limited. An hour or so after I got home from work every night, after I’d fed myself and my animals and showered but before I became involuntarily unconscious on the sofa. Any spare moment I could scratch out from my working day, during the wait for the bus, the ride on the bus, teabreaks (if I was lucky enough to get them), lunchbreaks (same) and… Sundays.

This was the one non-negotiable. Sundays were writing days. The day when I gathered together all my scribbled, handwritten notes from the preceeding week and typed them up, revising and rewriting as I went. I was not at home to family or friends on Sunday. I would not work any overtime on Sunday. No adulting chores apart from the very basic minimum were done on a Sunday. And the best thing about Sunday? The quiet.

A whole day of delicious silence and peace, just me and my (unspoken) words! I was up at 6am on the dot every single week to make the best of it. I had writing playlists but often, without the distracting clamour of bus or office background noise needing to be blocked out, they remained unplayed. And nothing made my stomach lurch with despair like hearing (though the thin walls of my little house) the Antiques Roadshow theme playing on my neighbour’s TV, signalling the end of my perfect, quiet, wordy day.

As I became more involved with the online community I would often see writers talking about going out to write. Voluntarily shucking themselves from the perfect, silent comfort of their homes like oysters pried from their shells and exposing themselves to the nasty, loud, disrupting world outside! Writing in coffee shops for heaven’s sake! Why would anyone do that? Writing in the breakroom at work was bad enough, and at least there we didn’t have a screaming expresso machine.

Even after I was made redundant from my job, quiet and alone-ness were still the ideal writing conditions for me. This was probably because the loss of my office job coincided with becoming a full-time carer for my Father.

Not only were the many hours spent in my Father’s house full of the sound of my parents voices, and the voices of the nurses who helped look after him, and the ever-present TV (my Father literally turned the set on the moment he woke up in the morning and didn’t turn it off again until he was about one minute from falling asleep at night) but also the distinctive whir-and-thunk of his dialysis machine, a noise that I still occasionally hear in my dreams. In between the day-to-day tasks of looking after my dad I would shove the noise-cancelling earbuds from my iPod into my ears and scribble frantically, trying to get as many words down on the page as possible so that I had something to type up on my blissful, quiet Sunday – a day when my Father didn’t require dialysis, there would be no hospital or doctor’s appointments, and my Mother would be home to stay with him.

But after my Father passed away and I was suddenly a full-time writer for real… something changed.

By now I did my banking and grocery shopping online. I could even order prescriptions from my doctor online. I didn’t have to go out to an office each day. In fact, I basically didn’t have to go out to do anything… ever. Except for walking my dog twice a day, whole weeks went by when I never left the house at all. Every day was a Sunday! Every day was peace and quiet and solitude, just me and my words.

Well, to paraphrase a villain from one of my favourite Pixar movies – it turns out that when every day is special? None of them are. It turned out all this peace and quiet and solitude was not only not great for my writing (le gasp!) but also pretty bad news for my mental health as well.

I was grieving the loss of a parent to whom I had been especially close. I was trying to knit my psyche back together after the utterly devastating experience of trying to save someone whose health declines and declines no matter how much love is poured into his care. At the same time, I was attempting to come to terms with my first major failure as a writer – my beloved diverse urban fantasy trilogy, which I had believed in with everything I had, and which just wasn’t selling. And on top of this, unbeknownst to me or anyone, I was also suffering from low-grade carbon monoxide poisoning from a malfunctioning boiler which probably would have killed me if I’d ever slept with my window closed.

It’s a cliche to call a difficult period in your life ‘dark times’. But when I look back, those days – nearly two years worth of days – really do seem dark in my memory. The depression I suffered with meant that a lot of memories simply didn’t make it into long term storage in my brain. There are blanks. I know that I must have seen the sun at some point, but I don’t remember it. I don’t think I ever felt it. I just remember clouds pressing down, down, down until I lost hope they would ever open up and let me glimpse clear sky again.

When I came back – which is how it feels when you start to fight your way out of a depression like that, like you’re slowly clawing your way up out of a half-filled grave, unthawing from stasis, wriggling free from a suffocating caccoon – I no longer loved the silence and quiet so much as I had. While still a fairly solitary kind of person I found that the presence of others around me when I was trying to work wasn’t an irritant anymore. Instead it was stimulating, comforting. And what’s more, going out forced me to imagine myself as other people might see me, and to make an effort to dress in clean clothes, wash and braid my hair, maybe even apply some make-up and chose some earrings or a bright scarf.

And so, at least once a week, usually on a Friday, I get up, walk the dog, put my laptop and notebook in my backpack and head into town into the one coffee shop which has a back booth with a corner where I can tuck myself away and tables large enough for me to spread said laptop and notebook out on. And I work there. Friday is my Sunday now, that one day a week of non-negotiable immersion in my work, the day when I type up pages and pages of handwritten notes, making sense of the story as I go.

When I get stuck I don’t stare at a wall but at the people sitting at the tables around me, alone, in couples, or in groups. I make faces at a baby, smile at an elderly man reading the newspaper (on actual paper), or pass over some napkins to the woman who spilled some coffee on her knee. I don’t make up stories about them in my mind. I just absorb their presence, their endless comings and goings.

And if I get tired of my carefully curated writing playlist I pull out my earbuds and let the white noise of conversations, shrieking expresso machines, laughter, clinking cups and spoons, tears, footsteps, coffee-shop musak and the occasional surprise like a fight breaking out in the other corner or a woman suddenly bursting into an off-key rendition of Happy Birthday (to the embarrassed delight of her friend) wash over me. I let the sea of sound draw me out of myself, let myself expand into it until I realise anew that this is the static left behind by the electrical impulses of human hearts beating, human cells replicating, human breaths inhaled and expelled. The audio side effect of all these lives being lived – including mine.

And then, in that new, strange quiet in my head, I can get back to telling stories again. 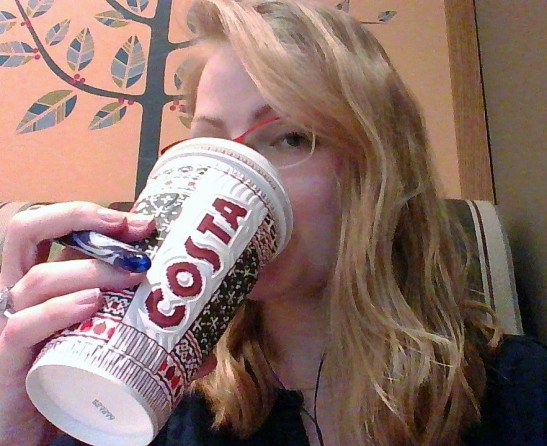 YA novelist Zoë Marriott lives on the bleak and windy East coast of Britain, in a house crowded with books, cats, and spaniels. Her folklore and fairytale inspired fantasy novels are critically acclaimed and have been nominated for many awards, even winning a few, including a USBBY Outstanding International Book listing for The Swan Kingdom and a Junior Library Guild Selection and the prestigious Sasakawa Prize for Shadows on the Moon. Zoë is proud to be represented by Nancy Miles of the Miles Stott Children’s Literacy Agency.

Books: THE SWAN KINDGOM | DAUGHTER OF THE FLAMES | SHADOWS ON THE MOON | FROSTFIRE | THE NIGHT ITSELF | DARKNESS HIDDEN | FRAIL HUMAN HEART | BAREFOOT ON THE WIND

This entry was posted on February 12, 2018 by zdmarriott and tagged inspiration, Writing, Writing Advice.