Writing in Cafés (or, a Latte for Your Thoughts) by Mo O’Hara

As I write this I am sitting in a café- The Blue Mountain Café in Sydenham to be exact. 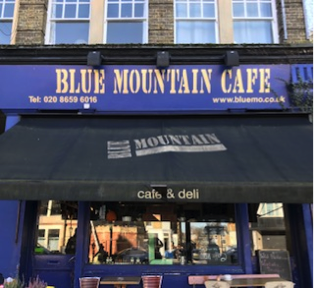 It has nice latte and tempting cakes. (It should be stated right away that writing in cafes is good for your brain but bad for your waistline.)

For years I wrote in a notebook at my kitchen table and that worked for me. At some point in the process I would transcribe things to my computer and I would edit from there. Then two things changed- I had kids and I got a laptop.

Suddenly my magical kitchen writing table was covered in petit filou and playdough. Also, I no longer had hours to write. I actually used to drive my kids around until they fell asleep and then pull over on a side road somewhere and write for 45 minutes or so in the car. When the kids started nursery I had 3 to 4 hours to write. That’s when I discovered the joys of café writing. You see if I went straight from the nursery to a café with my laptop I could use practically the whole time to write. If I went back to the house I did laundry or dishes or answered the phone. I basically got sucked into home stuff. So, I selfishly went to the café instead. In the following years I tried cafes all over South East London. 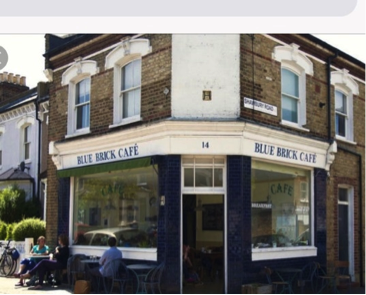 If I was waiting for the kids in Tae Kwon Do or Tennis or whatever then I would find a café and write for a bit. Those snatches of writing time meant that I had always ‘started something.’ That way, when the kids went to bed and I sat down to write I wasn’t faced with the dreaded blank page. 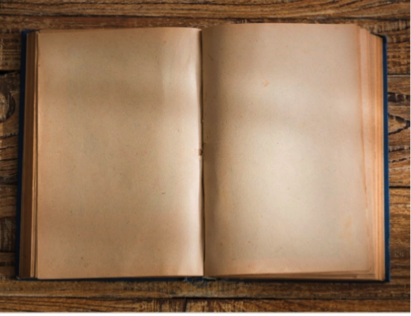 A few years ago we extended the house and I finally got a study. It means that I don’t have to go out to cafes as much. (Also, my kids are now teenagers, so I don’t have to wait until they nap before I can write. To be honest though it still helps and because they are teenagers they do sleep a lot.)

I haven’t totally kicked the habit though. There are still plenty of days like today when I just want to get out and be in a new environment. And I always try and find a new café when I’m touring.

Mo O’Hara
Website, Facebook, Twitter
Originally from America, Mo now lives in London with her husband, kids and two mischievous cats. Mo now has six books out in ‘My Big Fat Zombie Goldfish’ series for 7+, published by Macmillan in the UK and Feiwel and Friends in the US. The latest in the series is ‘Jurassic Carp’ which came out in July 2015. Her new picture book with Macmillan comes out in August 2016! It’s a funny, warm take on melded families called ‘More People To Love Me.’ She also wrote six books in the Ladybird series “Puddle the Naughtiest Puppy.” Mo worked as an actress and as a storyteller, touring theatres and schools all across the UK and Ireland. As well as her stories for children Mo has also written for radio and theatre and has performed her own comedy material in London and Edinburgh

This entry was posted on February 14, 2018 by authorallsorts.