The Goose Road is based on a short story you wrote – The Marshalling of Angelique’s Geese – can you tell us a little about where the original idea for the short story came from?

The trigger for the plot was the memory of a First World War photo I’d seen years before – a picture of hundreds of farmyard geese in a railway yard, waiting to be transported across France. I’d also recently seen the National Theatre’s incredible production of War Horse, which has a goose character as well as those amazing horses, so images of geese were already mixed up in my mind’s eye with other impressions of the war, its mud and blood and appalling suffering. Then Andersen Press offered students on the MA in writing for young people at Bath Spa University the chance to be published in their War Girls anthology; it was a competition which only one of us could win. I knew at once that my protagonist had to be a French peasant girl who kept geese, and threw myself into researching her story.

And following on from that, how did you go about turning it from a short story to a full-length novel?

Mentally, I’d done a lot of the plotting for the short story, so at first it was a matter of putting flesh on those bones. The biggest issue I had was to develop a deep and credible character arc for a WW1 teenage peasant, a girl who wouldn’t have had any experience of the world beyond her farm and village. I knew her motivation and her goal – to save the family farm for her soldier-brother – but it took me a long time to work out the underlying psychology of the transformation in her personality. I’d completed a full draft – and thrown out tens of thousands of word – before I truly got to grips with that.  Luckily, with every trip to the battlefields of the Western Front I felt re-energised. I love research. I love history. WW1 is fascinating. So I just kept going.

Set during WW1, I imagine the research was immense. How did you go about this?

I went into full investigative journalist mode! Because it’s the centenary of the 1914-18 war there’s masses of information online about the war from universities and museums across Europe, as well conferences and special exhibitions here and in France. The French Ministry of Defence digitized all its combat records in the 1990s, which was hugely useful too. I watched films and news reels, listened to sound archives, read fiction and non-fiction by French and German authors as well as British writers. Getting my facts right was terribly important, both out of respect for the dead and also to avoid clichés and lazy thinking about a period which, in many respects, began modern times.

My husband, who’s an ex-Royal Marine, helped me no end to understand tactical issues about artillery battles, and to challenge my assumptions about how soldiers must have felt and acted under those interminable barrages of cannon fire. We spent time together with our son on the battlefields of the Somme and Verdun, which was extraordinarily moving. I also twice visited the northern port of Étaples where the story ends, and returned to the countryside around Brive-la-Gaillard where I’d stayed on a goose farm back in the 1970s.

Was there anything you learned from the research that particularly stuck in your mind?

I think one of the biggest challenges when researching the past is to break away from one’s pre-conceptions, especially about a subject as emotive as the Great War. Throughout my lifetime remembrance in Britain has been dominated by the idea of the “pity of war”, a mind-set that wouldn’t have prevailed in 1914-18. If in 1916 you’d called the conflict tragic and futile, you’d have been viewed as outrageously unpatriotic to the point of treason. Letters from the Front that criticised the waste of lives during pointless offensives were heavily censored both here and in France, so I had to learn to set aside personal feelings and hindsight, and try to see the world through the eyes of a young woman who, initially at least, would have had no idea about the hideous realities of industrialised warfare.

When I was writing A Dream of Lights (set in North Korea) I found some things really difficult to find out. Was there anything in particular, research wise, that you struggled with?

The hardest part was finding first-hand accounts of wartime experiences of peasant women and girls, either in the UK or France. Rural life in general gets far less attention in the history books than other war work done by women, who in turn receive less attention than men, soldiers especially. I thought I’d finally hit the jackpot when I came across a text book devoted to French women in the war in the public library in Brive-la-Gaillard, but peasants didn’t even warrant a mention. Prostitutes were there – and female spies – but not a word about farm girls like Angelique! But that dearth of eye-witnesses made it all the more satisfying when I did ferret out something directly relevant to her life, like statistics about the harvest of 1916 or a footnote about the Requisition, and best of all a letter complaining about the inflated prices peasants were charging for a Christmas goose in the bitterly cold winter of 1916. 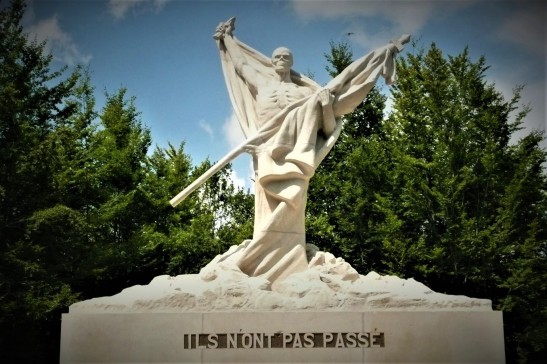 Did you find your history as a journalist helped you with the writing in terms of research, structure, planning?

Journalism makes you thorough – if you work for a serious media outlet. It also gives you the confidence to say, “That’s enough research,” and then stick your guns, knowing you’ve given it your best shot. Being a professional wordsmith since the age of 23 also means I know how to glue myself to a computer until I’ve finished whatever needs to be done. But the structure of a fictional story isn’t like news reporting, so if anything I had to forget about journalism and approach the writing with a clear mind.

Without giving spoilers, do you have a favourite scene in The Goose Road? (Mine is the auction!)

Thank you! I like that one too. But my favourite is definitely Rene in the orchard with Napoleon. That was great fun to write.

Five books to take to a desert island? Wolf Hall by Hilary Mantel, my favourite novel of all time. Dorling Kindersley’s Science, a brilliant, illustrated encyclopaedia I could study for ages. The Complete Works of Ursula Le Guin. I don’t know if it’s been published yet, but she’s an author I’ve always meant to read and on the island I’d finally have the time. Story by Robert McKee because I’ve become a total story structure nerd in recent years, and would have time on the island to memorize his tome. Lastly, The SAS Survival Handbook so I’d live long enough to read the rest!

Four writers (dead or alive) to go to dinner with? Stephen King, Terry Pratchett, Ursula Le Guin and you – otherwise I don’t know when we’re ever going to meet in real life!

Three films to (re)watch over again? Thelma & Louise. The Life of Brian. West Side Story.

One favourite meal? A vegetarian thali.

This entry was posted on April 5, 2018 by kerryldrewery.