The fireworks have fizzled out. 2017 is over – to resounding cheers from many of its survivors – and a happy new year of books lies ahead. I have oooodles to read this year: partly for the kids’ book clubs I run; partly for the ‘Talking of Books’ radio show I sometimes co-host; partly to join the ‘David Bowie Book Club’ on Twitter; but mainly because I JUST LOVE BOOKS (in shouty capitals).

A lot of the books I’ll read will be old favourites, but I also enjoy trying out new ones, especially by favourite authors. There are three I’m particularly looking forward to this year. 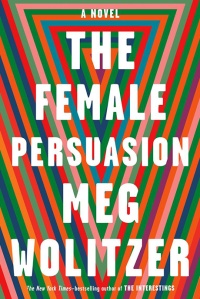 I love Meg Wolitzer’s books. She has a nack of tapping into the zeitgeist when it comes to women’s issues – marriage equality in The Wife (2003), for example, or adolescent grief in Belzhar (2014). From what I’ve read of The Female Persuasion it sounds equally percipient, with the main character, Greer Kadetsky, taking an interest in feminism after being groped at a party and then watching her abuser getting away with even worse.

“Greer Kadetsky is a shy college freshman when she meets the woman she hopes will change her life. Faith Frank, dazzlingly persuasive and elegant at sixty-three, has been a central pillar of the women’s movement for decades, a figure who inspires others to influence the world. Upon hearing Faith speak for the first time, Greer- madly in love with her boyfriend, Cory, but still full of longing for an ambition that she can’t quite place- feels her inner world light up. And then, astonishingly, Faith invites Greer to make something out of that sense of purpose, leading Greer down the most exciting path of her life as it winds toward and away from her meant-to-be love story with Cory and the future she’d always imagined.”

Meg Wolitzer always writes with intelligence and humour and I’d be fascinated to read her take on the relationship between this kind of ‘influencer’ and ‘follower’. I also like the idea that sometimes, when we least expect it, we meet the person who will change our lives forever. 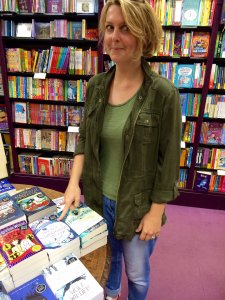 One of my favourite books of the last few years was Lucy Strange’s, The Secret of Nightingale Wood. So, I can’t wait to read her second children’s book, due out this year with the (working) title ‘Our Castle by the Sea’.

I have to admit I know Lucy. We both got our publishing deals after coming second in the same competition – the Montegrappa First Fiction Prize at the Emirates Festival of Literature. We also share the same agent – the wonderful Luigi Bonomi. Plus, she just happens to be one of my favourite people on the planet. However, while I may be biased, I’m not the only one that thinks Lucy has a magical way with words. The Secret of Nightingale Wood was Waterstones book of the month. It was on Amazon.com’s Best Children’s books of 2017. And her prose has been described as ‘superbly balanced between readability and poetry’ by The Guardian, ‘old-fashioned storytelling with a light touch’ by The Sunday Times and ‘startlingly good’ by The Telegraph (after coming in at number 10 in their Top 50 books of 2016). So, I’m not the only one looking forward to her next story.

I couldn’t find an official book description of Our Castle by the Sea online as yet, so I asked Lucy to share a bit more about it:

‘It’s set in a lighthouse on the Kent coast during the first year of the Second World War. A story in which ancient legends intertwine with the looming horrors of war, and twelve-year-old Petra suddenly finds herself thrown in a world of terror and treachery. Torn between loyalty to your country and loyalty to your family, which would you choose?’

Natboff! One Million Years of Stupidity, by Andy Stanton, (May 2018) 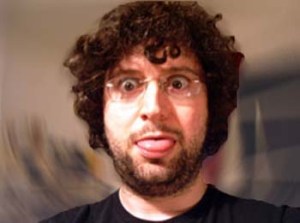 Who could resist the latest offering from the duo behind the Mr Gum series? Written by the funniest man in children’s literature, Andy Stanton, and illustrated by the equally magnificent Dave Tazzyman, this book is destined to be brilliant.

It is hard to find many details about it. The book description on the Waterstones site made me laugh:

‘The brand new well brilliant book from the author of the award-winning and bestselling Mr Gum series.’

All I could squeeze out of the author himself was:

‘It’s a collection of stories set in Lamonic Bibber during different historical periods. That’s all I can tell ya’

To be honest, that’s good enough for me.

A couple of books that almost made my ‘can’t wait to read’ list, and which I’ll be reading as soon as I get the chance are Robots vs. Fairies, edited by Dominik Parisien and Navah Wolfe (Jan. 9) and When They Call You a Terrorist: A Black Lives Matter Memoir by Patrisse Khan-Cullors and Asha Bandele (Jan. 16), both out this month.

So many books, so little time.