Change the ending – what would you do differently? by Martin Griffin

The last time John Buchan’s The 39 Steps graced our screens, it was in a 2008 BBC adaptation. The writer of the screenplay, Lizzie Mickery, seemed keen to return to the source text rather than refer to the previous film versions.

You can see why. Forerunners – Hitchcock’s in 1939, a remake of Hitchcock’s original in 1959, and a seventies version I was brought up on as a kid – all play pretty fast and loose with Buchan’s story; characters are added, others are absent, the plot is mangled and blockbusting set-pieces are conjured up.

In the end though, Mickery found herself needing to make adjustments of her own. “I have added fun and romance, I hope, and a bit of oomph,” she said, speaking to The Guardian before the BBC broadcast its Christmas showcase adaptation. Mickery’s a quality writer (she worked on The State Within which I loved) but she, like others before her, recognised the novel’s limitations when reimagined for a visual medium.

What all four adaptations have in common is a total disregard for Buchan’s original ending. Most opt instead for the iconic melodrama of the swinging-from-the-face-of-Big-Ben scene. Mickery swerves that old chestnut, choosing instead a sinister German submarine in a Scottish loch.

This last week I’ve returned to The 39 Steps to see why. And it’s not difficult, frankly. Buchan wrote the novel whilst ill with an ulcer. Reading the ending, you can’t help but suspect he felt suddenly better and fancied downing tools in favour of a nice walk and a kickabout with a few mates. Dashed off doesn’t even begin to cover it.

It starts well. Hannay, our plucky protag, corners a trio of German secret service agents in a coastal cottage. Trouble is they’re such accomplished actors, their roles as public school educated chummy Englishman are masterfully executed. He bursts in and accuses them of being murderers and spies but their masks don’t slip; they’re all jolly and polite and flabbergasted. Hannay ends up – pretty preposterously – playing bridge with them during the awkward moments that follow his accusation.

Finally a fight breaks out, back-up arrives and the good guys triumph. But the speed with which Buchan puts this final scene to bed is breathtaking. If I didn’t know better, I’d wonder whether he was being paid to complete the novel under a certain word limit. 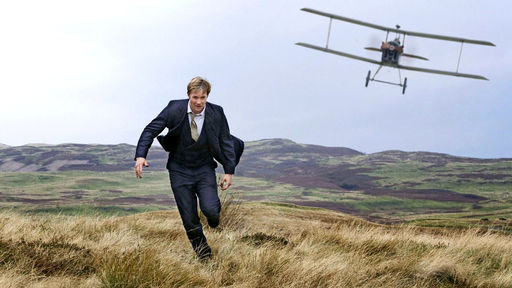 “I blew my whistle. In an instant the lights were out,” Buchan writes. (The darkness comes in handy. There’s virtually nothing to describe.) “I grappled the old chap and the room seemed to fill with figures.” That’ll be the reinforcements then. Phew! One guy escapes. In a three-sentence thriller that comes as close to extending the drama as Buchan will allow, we get; ”Suddenly my prisoner broke from me and flung himself on the wall. There was a click as if a lever had been pulled. Then came a low rumbling far far below the ground, and through the window I saw a cloud of chalky dust pouring out of the shaft of the stairway.” I think that means the 39 steps down to the beach are obliterated by some sort of bomb? Presumably wired to a nameless lever in the room of the cottage? Lacking any specific detail I’m reduced to guessing. Anyway the lights come back on and our hero gets his chance to triumphally wisecrack: “As the handcuffs clinked on his wrists I said my last word to him.”

Then there’s a paragraph break followed by three more sentences that begin, “Three weeks later…” and within 46 words, we’re done and dusted.

Perhaps Buchan was writing under exam conditions and fast running out of time. Whatever the explanantion, there’s a reason Lizzie Mickery et al. mess with Buchan’s ending. All the components are there I reckon, but it’s outlined rather than written; a bizarre and slightly sad final scene whose shape, tone and proportion have almost nothing in common with the remainder of what is a brilliant novel. 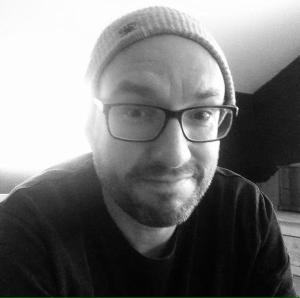 Martin Griffin writes sci-fi and fantasy adventures for young readers. His debut novel, THE POISON BOY, won The Times/Chicken House Children’s Fiction competition in 2012 and somehow managed to get shortlisted for Staffordshire Young Teen Fiction Award, the North East Book Award, the Leeds Book Award, the Calderdale Children’s Book of the Year, the Kent Themed Book Award and the Branford Boase Award, without winning any of them. A teacher at the time, he wrote using the name Fletcher Moss to keep it secret from his students. He returns to his real name for his second novel, LIFERS, a super-dark contemporary prison-break adventure, his first novel for teen readers. Martin lives in Manchester with his wife and child.

This entry was posted on March 6, 2017 by kerryldrewery.