I’ve followed Eve Ainworth’s career with respect and enjoyment since the publication of her debut Seven Days. Eve writes frankly and sensitively for a young teen audience, and when the chance came to interview her for the release of her third novel, Damage, I was keen to grab it – and a review copy!

Eve, you’ve quickly gained a reputation for tackling tough subjects in young teen novels —  bullying, abusive relationships, and now self-harm. At least,  people will say Damage is ‘about’ self-harm, because they like to pigeonhole things, but it’s equally about grief.Why do you think you’re drawn to this kind of subject-matter? Do you ever feel under pressure to write ‘serious’/’issue’ books?

I’m not sure really. I never planned to write serious books and I actually started out writing comedies. But I think I’m naturally drawn to working out at why people act in the way they do, especially in difficult circumstances. This instinctive curiously is coupled with my experience of working with young people with emotional and behavioural needs, often in troubled home settings. I felt there were voices out there that I wanted to represent.

I guess ultimately (and perhaps selfishly) these were the types of books I wanted to read as a teen. I grew up in a very working class environment, was bullied badly and suffered with anxiety. I wanted and needed to read about other young people experiencing similar issues. It helped me to feel less isolated.

I love the fact that Gabi is a skater. The physical risk and thrill of the sport is so well paralleled with the other kind of physical harm Gabi inflicts on herself. Was this a deliberate choice? Did you always know Gabi was a skater?

I worked with a student who was a skater and he was going through a difficult time and I remember how he described the skating being his ‘release’. Almost immediately I made the connection with the character I was writing. I knew she needed a physical ‘buzz’ and skating was the obvious solution for me.

The character of Gabi’s grandfather is a searing portrayal of a much-loved person suffering from alcoholism — one of the most convincing and nuanced portraits I’ve encountered in teen fiction, given that we see him only through Gabi’s point of view.  How difficult was it to present the character in such a way that the reader both sees his issues and understands how important he is to Gabi?

It is tough. Actually this was probably the hardest part for me to write as it was so personal. I lost my older brother to an alcohol related illness and I don’t think it’s something you can ever get over. A lot of the emotions Gabi goes through were directly drawn from me. I hope that the reader can see the vulnerability in her Grandad and recognise that he has an addiction and an illness. I’m hoping that the reader will take a similar journey as Gabi – experiencing both her frustration at regret at a life that could have been so different. 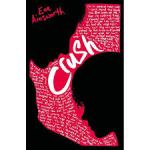 There is a lot of debate in the media about the extent to which fiction about certain issues should carry ‘trigger warnings’. Damage does have an anouncement on the cover that some readers might find the content upsetting. Where do you stand on this? Are we too protective of people’s sensibilities?

Maybe we are. It’s a tricky one. I think with self-harm there is a need to be mindful to the risks, as the subject could possibly trigger harmful behaviours in some people. I think it would be irresponsible not to carry a warning in this instance. Having the warning there will prepare more vulnerable readers, but I don’t think ‘trigger warnings’ are always necessary and I’m not sure how effective they actually are!

Without wanting to give spoilers, the ending is very ambiguous, which I love. Did you always know you would end on that note? I read it as hopeful, but not suggesting there are easy answers. I can imagine a lot of teenagers arguing about which choice Gabi makes at the end! Is that what you were aiming for?

Yes! I had the ending written before the rest of the text. I didn’t want it to be all neatly wrapped up. I don’t think you can with a subject such as this.The reader can make their own mind up about the choice Gabi makes and I think that’s right for the book.

What’s next for Eve Ainsworth?

I’m currently writing a novel about two young carers who meet and fall for each other while their lives are falling apart.

That sounds, like all Eve’s books, timely and thoughtful, and I for one will be looking forward to it! But for now, good luck to Damage on its birthday!