I consider it a mark against my character that I never liked Nancy Drew.

She was just so nice. Her manners were unbelievably good. In my own life, I never met anyone so…  pleasant.

The worst thing she ever did was poke around an abandoned house looking for bad guys with her clean-cut boyfriend, whose name eludes me. Even then, she was always home in time for dinner.

It was because of her that I gave up on crime books at eleven, thinking crime just wasn’t for me.

So it would be years before I discovered I had a murderous streak when it came to fiction.

I suppose it was Stephen King that did it for me. I read Salem’s Lot – about a group of vampires who move into small town America and lay waste to it – at sixteen. From then on, I was hooked.

Now, technically, Salem’s Lot might be horror but, at its heart, it’s a murder mystery. A child is killed and that murder kicks off an investigation across the town. One by one, the investigators are taken. Until there is almost no one left.

Really, it’s Agatha Christie with fangs. And I loved it.

From then on, crime was my thing. I read all the Sue Grafton novels from A to… well. I think she’s on V now. I absorbed the forensic work of Patricia Cornwell’s ice queen Kay Scarpetta, albeit a bit squeamishly. I followed Ian Rankin’s Rebus through the dark streets of Edinburgh, and Lee Child’s Jack Reacher across the dusty roads of America.

I devoured those books – sometimes in a single day.

But it wasn’t until I read The Secret History, that I fell truly in love with a crime book. 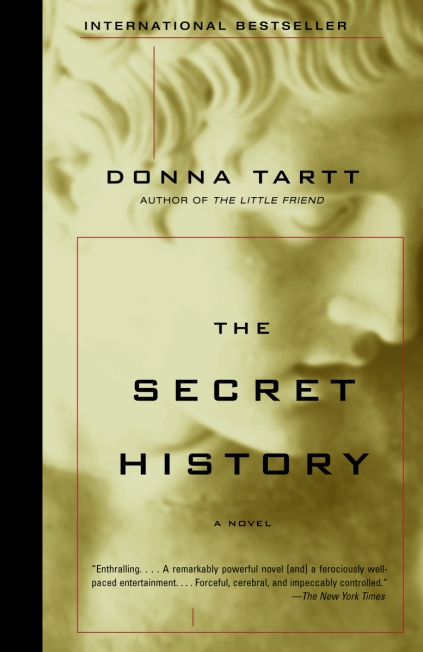 The Secret History changed everything.

Written by the American author Donna Tartt, the book tells the story of a scholarship student admitted to a private liberal arts college in New England. Upon arrival, he discovers privileged, glamorous students in a pristine mountain setting. And murder.

Caught up in studies of ancient Greek plays and poetry, the students go too far, killing one of their own. Then they cover it up.

The setting, the students, the seductive world of Hampden College – it all comes together to make an unforgettable tale. One I could see myself inside.

One I could imagine killing for.

It’s a study of friendship – and of trying so hard to fit in that you’d do anything to be accepted. Anything.

I knew from the moment I closed that book that I wanted to write about crime. I wanted to understand how it tangles up in people’s lives, and pulls them under.

And once a decision is made, a machine buried somewhere deep in our society and our collective conscience rumbles into life. You can almost hear its sputtering start at any crime scene.

A body lies on the ground, police move slowly around it. Crowds gather to watch. And for everyone involved, nothing will ever be the same.

That’s what I write about. The dangerous, frightening, all-destroying machine of crime.

This is why my books have crime at the centre, but are not just about crime. They’re about the people crime destroys. The victims. Their friends. Their family. The criminals. And what happens after the crime.

The Night School series is about how the vengeance of Nathaniel St John against his family consumes the lives of Allie and Jo and Carter and Sylvain and everyone at Cimmeria Academy. People from different lives and different backgrounds, all caught up together in Nathaniel’s web.

The Secret Fire has, at its heart, a three-hundred-year old murder – an alchemist, wrongly executed in the 17th century – which is destroying the lives of two young people today. Because of the all-consuming vengeance of the victim.

There’s no Nancy Drew in any of my books. Although there’s more than a little Stephen King. And Donna Tartt.

But then, maybe I never would have read King, Child, Cornwell or Tartt if I hadn’t first been a ten-year-old, bored by books adults thought I should like about good detective girls who are always home in time for supper.

Come to think of it, it’s entirely possible I owe Nancy Drew my whole career.

Thanks, a lot, Nancy.