For obvious reasons, there are two seasons in the year when I do most of my reading: Christmas and Summer. In winter, when the rain is pouring and the wind is howling, I love dark, intense novels; in summer I generally look for a range – some thrillers, some romance, something different – to read while sitting in my garden or on the beach.

Over the past two weeks, the temperature has soared and summer feels like it’s truly arrived. It’s time to build my reading pile. Here are a few that have caught my attention.

Road trips are a favourite of mine, both in real life and in fiction. This book sounds like the perfect blend of emotion and inspiration.

From Goodreads: In this witty, heart-tugging novel, two teens take a spontaneous road trip across the Southwest to meet three strangers who received the life-saving organs of their late best friend—charting a journey of loss, hope, and love along the way. 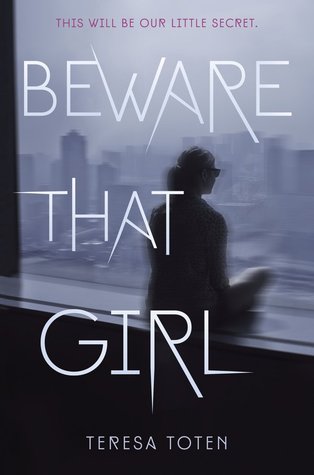 Thrillers are another personal favourite. I love Hitchcock, and Gone Girl and We Were Liars are two of my favourite thrillers from the last couple of years. This one sounds amazing.

From Goodreads: For fans of We Were Liars, The Girl on the Train, and Gone Girl, this powerful psychological thriller with multiple mysteries is set against the backdrop of the megawealthy elite of New York City. Toten delves into the mesmerizing yet dysfunctional world of those who manipulate but seem ever so charming. With its gripping pace and Hitchcockian twists, Beware That Girl will keep readers guessing until the very last line.

For obvious reasons (if you don’t know me, I write time-travel romance thrillers), I love anything that deals with time. This one sounds like it has a lot going on along with the time travel.

From Goodreads: Gottie H. Oppenheimer is losing time. Literally. When the fabric of the universe around her seaside town begins to fray, she’s hurtled through wormholes to her past:

To last summer, when her grandfather Grey died. To the afternoon she fell in love with Jason, who wouldn’t even hold her hand at the funeral. To the day her best friend Thomas moved away and left her behind with a scar on her hand and a black hole in her memory.

Although Grey is still gone, Jason and Thomas are back, and Gottie’s past, present, and future are about to collide—and someone’s heart is about to be broken.

With time travel, quantum physics, and sweeping romance, The Square Root of Summer is an exponentially enthralling story about love, loss, and trying to figure it all out, from stunning debut YA voice, Harriet Reuter Hapgood. 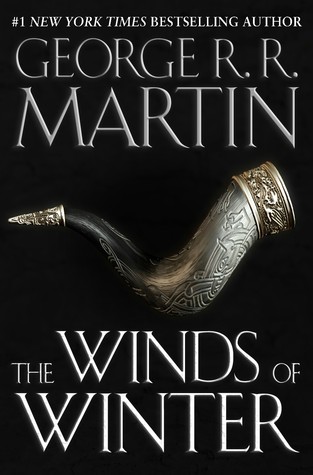 Last winter I read fantasy for the first time in my life. I’d always hated fantasy (or so I thought). But Game of Thrones and the sequels were filled with medieval inspired storylines (The War of The Roses) as well as traditional fantasy elements. And so I found myself reading a book with dragons and enjoying it! Who would have thought?

The publication date still seems uncertain, but this novel is high up on my reading wish list.

From Goodreads: The Winds of Winter is the forthcoming sixth novel in the epic fantasy series A Song of Ice and Fire by George R.R. Martin.

The previous installment, A Dance with Dragons, covered less story than Martin intended, omitting at least one planned large battle sequence and leaving several character threads ending in cliffhangers. Martin intends to resolve these cliffhangers “very early” in The Winds of Winter, saying “I’m going to open with the two big battles that I was building up to, the battle in the ice and the battle at Meereen—the battle of Slaver’s Bay. And then take it from there.”

And finally, I’m pretty excited about the US publication of my own book, Chasing Stars, which comes out next month. I hope some readers find it a pleasant distraction while lounging in the sun in their garden or on the beach!

Please share your most anticipated reads below. My reading pile still has plenty of room.

Author of books for young adults. After Eden (Bloomsbury 2013) and Chasing Stars (Bloomsbury UK 2014 / Bloomsbury US July 2016)
View all posts by helendouglas →

This entry was posted on June 10, 2016 by helendouglas and tagged Author Allsorts, books, Reading, YA.