Between The Lines – Why I Love Being An Illustrator 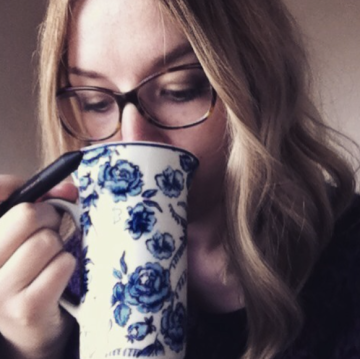 Being an illustrator is great. It’s surreal. It’s something i’ve wanted for a very, very long time. I always knew I wanted a career involved in drawing. Lets be honest, i’m not very good at much else!

But it wasn’t until I read ‘Augustus and his Smile’ by Catherine Rayner, that I knew that a career in Children’s Books was what I really wanted to do.

When I was studying illustration at university, I did try and create some artwork for older audiences, I really did! But my natural style and personality draws towards a younger audience (which says ALOT about my maturity or lack of it!)

I’ve had some fantastic opportunities so far and I only hope that they keep on expanding and I continue to work. However, my favourite moments are the ones when I get to create my own stories. I never expected to write, and I certainly didn’t consider myself to be an author at all! But creating your own characters is a feeling that is so special. I was very lucky last year to have been approached to both write and illustrate a picture book for North Parade Publishing last year and that has given me the writing bug ever since!

There’s something about drawing foxes or bears or even trees a certain way, inventing a world that you would like to live in.

I’ve been writing a certain story on an off for years now and I really want to it go somewhere so i’ve been taking my time between other work. Occasionally, I will open that sketchbook and redraw certain characters and elaborate. Recently, i’ve been taking it up a gear and i’m storyboarded it again and illustrated some final spreads. 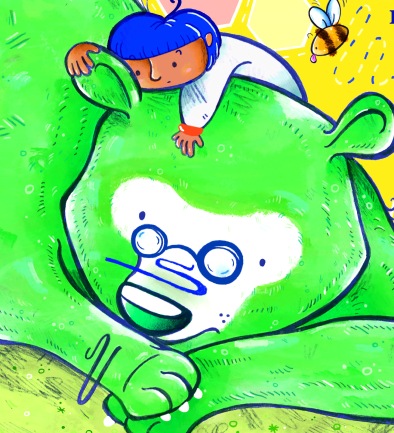 Hopefully, one day i’ll finish this story and that someone out there might like it! Until then, I will continue to draw, draw and draw.

Grace is a freelance illustrator and designer working from the south east of England. She graduated with a degree in Illustration from the University of Lincoln in 2013 and went on to work as an illustrator and designer for children’s magazines, board books and picture books.Twice a week Grace also works in the office of a Junior School and teaches art to some of the pupils. Nature and fantasy are often strong themes of Grace’s work and she has been inspired by nature ever since she was a child, always choosing to draw from nature in her work or by which book to read! Continue reading…

“Sandford’s illustrations, done from the cookies’ perspectives, help to leaven the story’s earnestness. They portray the gingerbread cookies with lots of personality and individuality.” — Kirkus Reviews for Tough Cookie