Who doesn’t love a good villain? I mean really. If I’m honest the books and movies that I really, really , really want to read or watch again are the ones with the best villains.   Whether they scare the pants off you ( Hannibal Lecter) or make you scream with laughter (Dr Evil), it’s the villains that keep you coming back for more.

As an actor I always loved to play villains. Whenever I got cast as a baddie (which wasn’t as often as I’d have liked) I knew it was going to be a challenge to get inside that character and a joy to play inside that skin while I was on stage. As a writer I feel much the same. Except now I don’t have to wait for some director to cast me, I can create my own villains myself. The scenes in My Big Fat Zombie Goldfish that I love writing the most are the ones between my two mostly evil big brothers as they try to plot world domination and order a pizza or something at the same time.

Minions add comic value and scale to the scene. They can be generic henchmen, Storm Troopers, Daleks or Cybermen but they serve the same function. Lots of them will blow up, fall off things, get disintegrated or generally fail before your hero every gets anywhere near your villain. They are villain insulation basically.

I know I’ve come across a really good villain if I like the villain as a reader but hate them at the same time. That’s why they are so gosh darn fun to write. The best villains seem to have an innate enjoyment of how evil they actually are. They admire their own evilness and put it above all else. It’s their hubris but it is also a great vehicle for comedy with your villains (if that’s what you’re going for). Even without the comedy angle though the love/hate thing means we care. We hate Voldemort but we have to admire how good at being completely evil he really is. 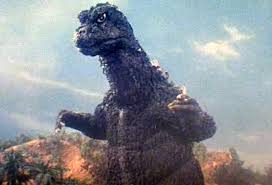 Also, just to set the record straight- Villains are not all monsters and monsters are not all villains ( and I don’t just mean in Monsters Inc.) A monster can intend to be evil or can not. A monster might just be what he is. Godzilla is just having an average day as Godzilla. He isn’t a villain. He’s just a monster. A proper evil villain always intends their evilness. I like a good monster, don’t get me wrong, but I think the intention makes a good villain just that little bit more cool.

It always seems to boil down to the character’s motivation. What your villain wants can make them twisted, noble, mad or mundane. It can even set them apart as one of the top Evil Villains of all time. Hmmmm…. Who would be on your list? 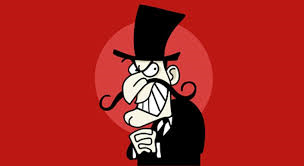 Mo O’Hara
Website, Facebook, Twitter
Originally from America, Mo now lives in London with her husband, kids and two mischievous cats. Mo now has five books out in ‘My Big Fat Zombie Goldfish’ series for 7+, published by Macmillan in the UK and Feiwel and Friends in the US. The latest in the series is ‘Live and Let Swim’ which came out in January 2015. Her first picture book comes out with Macmillan in July 2015! She also wrote six books in the Ladybird series “Puddle the Naughtiest Puppy.” Mo worked as an actress and as a storyteller, touring theatres and schools all across the UK and Ireland. As well as her stories for children Mo has also written for radio and theatre and has performed her own comedy material in London and Edinburgh.

This entry was posted on December 9, 2015 by authorallsorts and tagged Mo O'Hara, My Big Fat Zombie Goldfish, Villains, Writing.