Writing vs. Chocolate Making: Kendra Leighton on her Day Job

On Monday, Robin Stevens wrote about how lots of authors supplement their writing incomes with other jobs. Though my day job isn’t directly related to writing, I like to think there’s a natural synergy between the two. I make chocolate — aka writing fuel!

I started a chocolate company with my boyfriend about the same time I started writing. Our company’s now grown big enough that our day to day operations are a little more industrial chic than Chocolat romantic (Johnny Depp’s never come over to help, not even once). But being a chocolatier is still one of my favourite jobs ever, second only to being an author.

The two jobs actually have more in common than you might think:

1) Few people really understand what you do, and you always get called the same things.

If most children’s writers get labelled ‘J.K. Rowling’ when they meet new people, chocolatiers are invariably ‘Willy Wonka’. You learn to smile, and laugh like you’ve never heard that one before.

2) Both jobs are trickier than they look.

Before I became a chocolatier, I had a dreamy image of making pretty chocolates whilst wearing high heels, in the style of Juliette Binoche. Similarly, when I started writing, I imagined publishers clamouring to buy my first draft. Instead, the first chocolate bars I made were bendy, and my first manuscript was messy and muddled. Oops… I learned that both jobs are a craft, and there’s almost always more to learn. But I didn’t mind, because…

Both chocolate making and writing can have me working late at night, long after sensible people are in bed. Neither job is always easy, but I do them because I love them.

As for the practical side of being a chocolatier and a writer, I’ve learnt to fit the two around each other, however busy things get. I’m at an advantage because I’m my own boss, but just like in any day job, there are always time pressures outside my control. On those busy days, I get up a little earlier to write, I listen to audiobooks when I’m washing up or making dinner, and I email story ideas to myself so I can write them up properly later.

I’m lucky in that I enjoy both my jobs, but if you have a day job, and whatever you write, it’s all about finding out what works for you — you can pay the bills, and do what you love. 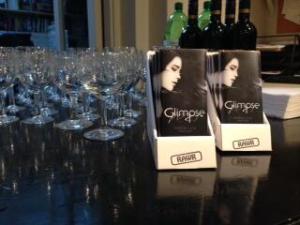 The one time my two jobs combined: ‘Glimpse’ chocolate bars at my book launch. 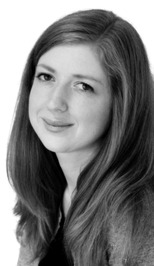 3 comments on “Writing vs. Chocolate Making: Kendra Leighton on her Day Job”

This entry was posted on May 27, 2015 by kendraleighton and tagged Chocolate, Day Jobs, Kendra Leighton, Writing.