How I Generate Story Ideas, by Kendra Leighton 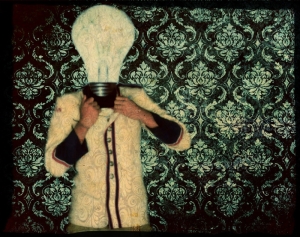 How do you come up with story ideas? What a meaty question! Our imaginations are the result of a lifetime’s real-life experiences, countless films, books, TV shows and newspaper articles, as well as something that’s just ‘us’.

When you think about it, books are made up of countless ideas: big ones — the ones that say what your story’s about — and then lots of small ones about characters and scenes and details. That’s a lot of ideas to come up with over the course of a novel.

So far, I’ve found it easier to come up with big ideas than small. This is simply because writing a whole book takes so long, so I’ve only had to come up with a handful of big ideas in all the time I’ve been writing. They tend to come to me in the form of questions, when I’m reading, watching the news, or clicking random links on the internet: What if the events of this classic poem were real and had repercussions today? What if this theory I found in a dark corner of the internet were real? What if that phenomenon really is biological fact and not crackpot spiritualism? Ooh, that would make a good story…

For me, questions are where it’s at when it comes to generating small ideas too. A novel requires countless firings of brain synapses to get your characters from A to B, and it’s inevitable that you’re going to get stuck a few (dozen) times. When that happens, I make myself ask questions, and brainstorm every answer I come up with, ridiculous ones included. I’ve written my character into a corner, how can she get out of it? Given what’s just happened, what’s the first thing my character would do next? I need character A to decide to do X—what needs to happen for him to decide that? What’s the worst possible thing that could happen to character B next? I’ll usually end up with a list of ideas that won’t work, or are too silly, or too obvious, but if I haven’t self-censored then I often find I’ve dredged up something useable too. Maybe I’ve even come up with something smart and unexpected — something I’d never have thought of by staring into space.

I love reading through a manuscript I haven’t looked at in a while and feeling as though someone else must have written it, because how did I come up with that? That’s one of the things I love most about writing — getting down those big ideas, but the satisfaction of discovering and piecing together all the small ideas that make the big ones work.

One comment on “How I Generate Story Ideas, by Kendra Leighton”

This entry was posted on April 10, 2015 by kendraleighton and tagged ideas, inspiration, Kendra Leighton.