I always give this as a top tip for cracking writers’ block: go somewhere new. But the proviso is – go there to write, rather than just as a displacement activity.

I know this works from my own experience. Four years ago, as part of my Creative Writing PhD, I became involved with a brilliant scheme at Newcastle University called Write Around the Toon. This involves placing writing students in a range of venues, such as art galleries, theatres and museums in Newcastle and Gateshead, for short residencies. Out of this must come a piece of writing – a poem or a piece of short fiction, which can be read out at a celebration event and published on the WATT website. 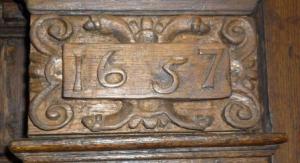 This year I was lucky enough to be placed in a sixteenth century building on Newcastle’s Quayside, known as Bessie Surtees’ House. For the non-Geordies, Bessie Surtees was a young woman who, in 1772, climbed out of her first floor window to elope with her lover, John Scott, a coal merchant’s son. Scott went on to become Lord Eldon, Lord Chancellor of England, so it was a good gamble for Bessie in the end.

Going into the house is very much like stepping into the past. It’s got ornate, carved woodwork, skewed, uneven floors and artefacts brought back from around the world by the merchant owners to impress the women of the house. 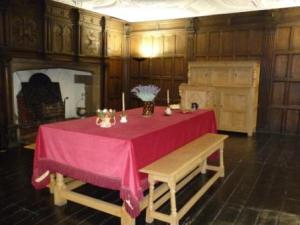 It’s not just the romantic history of the house that appeals to a writer. I was shown around by a woman who has worked there for many years and knew its every creak and groan. The way she talked about the house as a person – a doddery old lady who ‘sings’ on windy evenings and leaves puddles on the floor! – was poetic in its own right.

I’ve also had a residency at Newcastle’s Seven Stories , the national centre for children’s books. If you are ever in the north-east, this is the most wonderful place, with original manuscripts and illustrations from all sorts of writers from Enid Blyton to Philip Pullman. And I swear some of the pixie dust comes away with you – if you can tear yourself away from the bookshop.

In the earlier years of the project, writers also left behind a little writing exercise in each venue, so that anyone visiting could find a writing ‘prompt’ if they wished. But some of these places were so full of inspiration that it was rarely necessary.

Writing to order can sound rather scary, of course. But take yourself somewhere new, full of art or history, and the stories will almost come and find you, rather than the other way around.

Website, Blog, Goodreads, Facebook, Twitter
Bea Davenport is the writing name of former journalist Barbara Henderson. Bea worked in newspapers and broadcasting for a long time, including seventeen years at BBC North in Newcastle, where she worked on TV, radio and online.
She left journalism to study for a Creative Writing PhD at Newcastle University. The children’s novel written as part of that, The Serpent House, was published by Curious Fox in June 2014. It is a historical time-fantasy inspired by the medieval leper hospital once sited in the village where Bea now lives. Before being commissioned by Curious Fox, it was shortlisted for the 2010 Times/Chicken House Award.
The Serpent House was Bea’s first novel for children, although she has two adult crime/suspense novels published by Legend Press.
In 2014, Bea worked with Fiction Express on an interactive e-book where school pupils read a chapter each week and chose what should happen next. Bea then wrote the next chapter in time for the following Friday! The paperback version of the book, My Cousin Faustina, will be published by ReadZone in March 2015.
She lives in Berwick-upon Tweed on the Northumberland-Scottish border with her partner, children and a naughty cat.

This entry was posted on March 30, 2015 by authorallsorts and tagged Bea Davenport, inspiration, places, Writing.