There and back again, now with less dragons, maybe.

I loved Non and Jan’s blogposts about writing and the editing and redrafting of books.  Personally, I had an inkling what to expect when I started out, but still, I didn’t quite believe how much work went into the whole editing process and how much a story could change. I’ve done editing workshops with Sara Grant and they helped prepare me tremendously.  I do think that once you’ve got a story down in first draft (some people call it Draft Zero), you still have a slab of marble that’s yet to be formed properly so you take your chisel and you hammer away at that block of words some more, smoothing out edges and tidying things up. 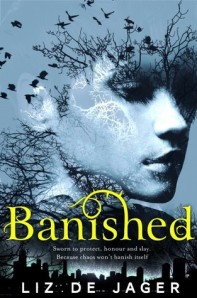 When I submitted Banished, the first book, to my agent (Juliet Mushens) we met and talked about edits. She was complimentary but honest: it needed work and if I was prepared to do that work, we would have a great amount of fun and hopefully sell a book. I was up for it, especially when she (the cunning fox) dragged a confession out of me: I had a great character in the book called Kal, whom we both loved, but Kal’s story was so big it threatened to overshadow Kit’s narrative completely, and although I had edited Banished twice already, I was reluctantly to let him go.  With Juliet’s careful nudging, I did. 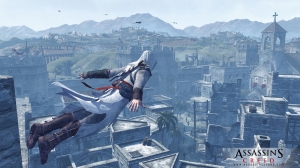 I was literally perched ontop of a tower taking a leap of faith. It was exhilarating and terrifying, all at once.

I rewrote Banished and carefully had to pluck out the scenes where Kal appeared (basically from around page 40 onwards, right to the end) and rewrite them. Some scenes were given to other characters and one other character got completely buffed up. Juliet also asked for more world building and I had no idea how to go about doing that, until I struck on the idea of giving these small snippets ahead of various chapters, showing extracts from the Blackhart Bestiary for instance, that explained various faerie creatures they encounter.

When Banished sold as the first book in a trilogy to Tor and Bella Pagan, my editor, and I started talking edits, it quickly became clear they would like a more robust book, with more character development for Kit as well as the secondary characters.  I loved the idea a lot and possibly became overenthusiastic.  I added a lot of words. Bella edited them out. Thank the gods she did because it would have been an ugly bloated thing.

Working on Vowed, the second book of the trilogy, Bella and I went in knowing that we were putting a lot of big themes into play but we didn’t have time or words to waste. We no longer merely dealt with the fae contingent anymore but also with the human agency tasked with keeping an eye on the Blackharts and the ongoing supernatural shenanigans in the human world.  So it was necessary for me to do a bit of research about how procedurals worked so that I knew how to circumvent them and twist them to make them fit Kit’s world. 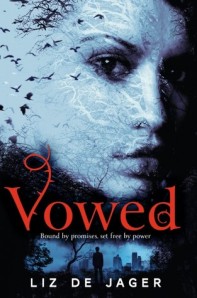 Vowed comes out in November and that feels really close, taking into consideration I’ve just completed Judged, the final book in the trilogy! I’m currently on holiday in France but it’s a working holiday and I’m working on the edits for Judged as my deadline is end September. Juliet sent me her editorial notes back yesterday so I’m going over the ten chapters I’ve already edited and I’m working off her notes and I’ve already cut in excess of three thousand words.  These are scenes and partial story-lines she picked up on on her read through that didn’t work and didn’t go anywhere.  As Judged is the final book, there is no room for me to be self-indulgent and going off on tangents; to tease with new story-ideas and what-ifs. I owe my readers a solid ending that will leave them feeling happy and confident in my ability to give good story.

I like to think I’m not precious about cutting words and scenes and it really feels cathartic when you do walk away from a day’s worth of editing and your shoulders feel lighter and your mind less cluttered. I think the biggest thing to remember is that editing isn’t a bad thing. Your agent, editor, your beta-readers just want you to tell the best story you can. No one is out to get you.  Getting editorial notes isn’t a one-way street! It’s a dialogue between you and the person you’re working with and you shouldn’t forget that.

Just take the leap of faith. It’s totally worth it. 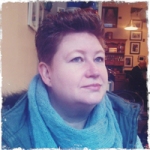 Liz grew up in South Africa and is the youngest of six kids. In the year 2000 (AD) she moved to the UK with her husband and they now live in Kent with their Jack Russell, Sparrow. Liz ran My Favourite Books book blog for several years and wrote articles and reviews for other online sites about comics, movies and best writerly coffee shops in London.Continue reading…

One comment on “There and back again, now with less dragons, maybe.”