“So when’s your book going to be made into a movie?”

This is a not uncommon question during book festivals or school visits – and I’m always a little sad to have to explain that such a decision doesn’t rest with the writer!

I suppose the closest I’ve come to an adaptation of Daemon Parallel or Werewolf Parallel has been the talking books (from www.whatnoise.co.uk) in which I can at least hear a talented actor give voice to my work. But a movie has a visual dimension too, doesn’t it? Casting means actors have to look as well as sound like my characters.

So, if any movie directors are willing, here are some suggestions from the acting world, past and present. And, by the way, can I take this opportunity to say – isn’t it about time we had a rollicking good fantasy film set in Edinburgh? We’ve got the towering architecture, the moody scenery, the centuries of history – yes, and the stories too…

Thomas Knight (who played Luke in The Sarah Jane Adventures) would make a great smart-but-awkward Cameron.

Eve in Daemon Parallel could be Maisie Williams – I’m thinking here of spiky and resilient Arya Stark in Game of Thrones. Because of various plot-twisty and highly spoilery reasons, by the time of Werewolf Parallel she’d be best played by Liv Tyler (circa Stealing Beauty). 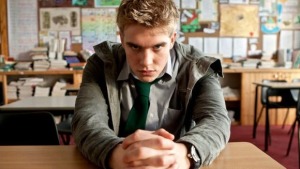 When I’m writing I admit I do sometimes fantasy-cast to make sure my characters’ speech patterns remain distinct and different – Ewan McGregor is very much vocally Morgan, but I’m not sure he’s got the right look (and he’s too old – sorry Ewan!). A grunged-up Bobby Lockwood would be very appropriate – and he’s already got form playing a sulky werewolf in CBBC’s excellent Wolfblood.

Lurking in the background is the spooky figure of Grandma Ives – and with her upswept silver hair and pale eyes she could only be the amazing Phyllida Law. Her arch-nemesis, the daemonic Mrs Ferguson, would be brought to vibrant life by Elaine C Smith. 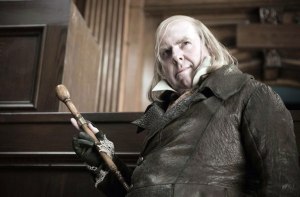 From Werewolf Parallel, I think a grey-faced and heavily-padded Timothy Spall and a gaunt Jonny Lee Miller for my villainous Mr Grey and Dr Black.

Lena Headey (Game of Thrones’ Cersei) would make an excellent Wolf Queen – and if I could call him back from days past Anthony Ainley (the Master in 1980s Doctor Who) would be the scheming King.

I imagined my cryptic, fiddle-playing Auger as Ivor Cutler (and named the character in tribute as well…) 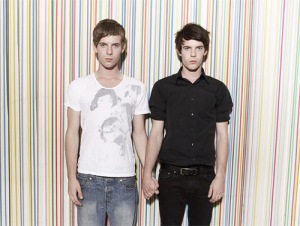 And as for the two-faced Janus, riding his steam train through the forgotten tracks of Edinburgh Parallel and oscillating between insight and fits of temper, perhaps I could have the Treadaway twins – Luke and Harry? Both of them, of course!

Now what are you waiting for – go make the movie!

Roy Gill was born in Edinburgh, grew up in Kirkintilloch and Kirkcaldy, and studied at Stirling, Strathclyde and Glasgow. He is now living in Edinburgh again. In 2008, having completed Glasgow University’s Creative Writing MLitt, he was shortlisted for the Sceptre Prize. In 2010 he was the winner of a New Writer’s Award from the Scottish Book Trust. The manuscript of his first novel, Daemon Parallel, made the shortlist for 2011 Kelpies Prize. It was then published by Floris Books in 2012. A sequel, Werewolf Parallel – alongside a new edition of Daemon Parallel – helped launch the YA imprint KelpiesTeen in Spring 2014. Roy’s other writing includes a season special – ‘The Prime of Deacon Brodie’ – for Big Finish’s audio drama series The Confessions of Dorian Gray, and short stories for iconic adventurers Iris Wildthyme and Sherlock Holmes. In another life, Roy researched media fandom at Stirling University, but is now happier making up his own stories… He is currently working on more scripts and a third novel.

2 comments on “My Fantasy Casting Call by Roy Gill”