Today on Author Allsorts we’re celebrating the release of Helen Douglas’s mesmerising time and space travel romance sequel, CHASING STARS. Following on a mere seven months from her debut AFTER EDEN, it’s a welcome addition for all of us who fell in love with the world Helen created in the first book, as well as with the rather lovely boy from the future, Orion. 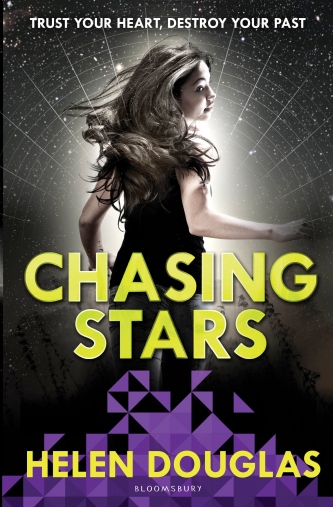 The boy Eden loves just saved her life. Now she must save his. To do so she must make a huge sacrifice. Eden can never see her friends or family again, as she travels a hundred years into the future. But the dangerous risk Ryan took to rescue Eden has been uncovered, and now Ryan faces exile …which will leave Eden separated from him – the one person she can’t live without – and stuck in the future. She must fight to save both of them.

NIKKI: Congratulations Helen! Your books are a really unusual combination of romance and time and space travel. Where did your fabulous ideas come from?

HELEN: The ideas come from all over the place. A telescope I received as a birthday gift got me interested in space. I’ve always been a fan of sci-fi and I love the concept of time travel. The romance element grew out of the characters and their situation. Probably the mish-mash of genres came about because I wasn’t thinking about genre when I started writing.

NIKKI: You were brought up in Cornwall, are the places you describe based on real locations? (if so please tell so we can visit them!)

HELEN: Yes they are based on real locations. Perran is based on St. Ives, though the harbour wall as I’ve written it is much higher than the one in St. Ives. The beaches are based on some of my favourite beaches in Cornwall: the towans where Ryan and Eden camp out in a chalet is based on Gwithian Towans and Penpol Cove is based on Prussia Cove.

NIKKI: If you had the chance of leaving it all behind and going into the future would you go?

HELEN: If I didn’t have any family to leave behind, then yes I would travel into the future. I’d love to. It would be a dream to travel into space and I love technology.

NIKKI: And if I gave you a ship so that you could go back in time and change something would you be tempted?

HELEN: I’d be so tempted!  It would be good to stop one terrible thing from the past from happening. But what I would most like to do is travel to the past and visit my ancestors. Or see what my part of the world was like in the Middle Ages.

NIKKI: Your characters are so real. Are you inspired by your own youth, or by your students?

HELEN: A bit of both. I still have my teenage diaries (and they really make me cringe!). But my students are very inspirational. Every now and then I overhear a conversation between a few of them and think I have to use that! I also talk to them about what sort of slang they use (the spoken language component of English Language was very handy for that) and ask them their opinions about how someone their age would deal with a particular situation. I remember a couple of years ago, having a fascinating conversation with a lovely year 11 class about whether douchebag or wanker was the most appropriate insult for a particular character to use. I feel really fortunate to have them for ‘research’.

NIKKI: What do your students think of their teacher becoming an author? And are the books compulsory reading in your classes?

HELEN: Most of them don’t know. Despite what I said above, I generally keep my writing life and teaching life separate. A few have asked me to sign copies of their book or told me how much they’ve enjoyed it, which is really cool.

NIKKI: I found all the spaceships and future technology fascinating. Is any of it based on real possibilities? (please say yes!)

HELEN: Who knows what the future holds? But considering the emergence of space tourism (with commercial flights into low earth orbit or even the International Space Station if you have a few million pounds to spare) and the fact that NASA hopes to send humans to Mars by 2035, I’d say the future of space travel looks really exciting!

NIKKI: After Eden was published in November, and Chasing Stars is following just seven months later. Were they written together, and is publication different the second time around?

HELEN: There was a 28 month delay between selling After Eden and the publication date – it felt like forever! I wrote Chasing Stars a few months after finishing After Eden. The second time around has been very different, because the book was written under contract. I had to get the outline of the story approved by my editor before I wrote it. The good thing about that, was knowing my editor liked the story and structure before I began writing. I think I’m enjoying the publication of Chasing Stars more, because I’m much more chilled out about it this time around.

NIKKI: Eden never gives up – an ideal quality for a would-be writer! have you had times on your publication journey when you wanted to give up?

HELEN: There is a moment in every manuscript where I’m certain the book isn’t working and I should just scrap it and begin something new. I know now that I have to write through the doubt and take care of the problems when re-drafting. I write because it’s my favourite thing to do, so I can’t imagine ever truly giving up.

NIKKI: The book has a great ending, but it does leave the story open for a third. Is this a possibility or are you working on something different?

HELEN: Right now I’m working on a separate stand-alone book about a deadly modern plague. But there’s definitely the possibility of a Book 3. I have lots of ideas about where to take the story next. 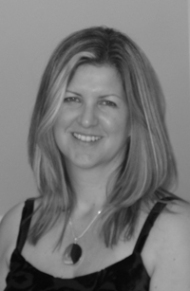 Helen was born and raised in a small beach town in Cornwall, much like the fictional town of Perran that appears in After Eden. As a child her favourite thing to do was hang out at the beach. When it rained, which it did a lot, she read acres of books and wrote stories of her own. After leaving school, Helen lived in London, California, Long Island, and New Jersey before coming full circle and ending up back where she started. When she’s not working on her next book, she spends her time reading, stargazing, watching science-fiction and hanging out at the beach. 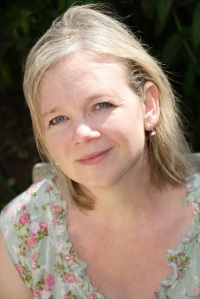 Nikki Sheehan is the youngest daughter of a rocket scientist and went to a convent school in Cambridge where she was taught by real nuns in habits. Her writing was first published when she was seven and her teacher sent a poem she had written into a magazine. She always knew she wanted to be a writer, but, for some reason she can’t remember she did a degree in linguistics followed by psychology. Nikki’s first job was subtitling the Simpsons. She then retrained as a journalist and wrote features about child psychology for parenting magazines and the national press. She is married and lives in Brighton with her husband, three children, two dogs and a cat.

This entry was posted on June 6, 2014 by sciencesoupchef and tagged Helen Douglas, space travel.