How do you fit your writing in with the rest of your life?

OK, I have three theories for how you fit writing in with the rest of your life…

Since I have 1 husband, 2 kids, 2 kittens, parents, family, work commitments, friends, a need to watch Sherlock and Dr Who regularly, a love of a good cup of latte ( my version of a life) and also absolutely no wizarding skills to speak of,   I have selected to go for option number three to fit writing into the rest of my life. I have chosen to juggle.

Ever since I started writing, with the intention of getting my work published, it has constantly been a struggle to ‘fit in’ my writing time.   I started writing seriously when my kids were babies and I learned very quickly that you can actually get more than you would think written during the space of a one hour nap.  This did, unfortunately for my children, mean that I was still trying to put them down for naps right up until they went to school.

When I got my first writing contract though, and had deadlines to meet, the one hour nap writing session was no longer going to cut it. It was then that the juggling really started.

I was working part time doing voice-overs and role play jobs for various companies as well as looking after my kids.  The writing wasn’t bringing in much money so other work had to take priority usually.   It was during that time that I spoke to a very well established and quite prolific author at a SCBWI event.  Lots of us were stressing about finding time to write and not devoting enough time to our writing.  We were all kvetching about how if we only had more time we would write more and she looked at us with total disbelief.  ‘Why don’t you just make the time to do it?’ was pretty much the gist of her response.  ‘It’s a job,’ she said. ‘You get up in the morning and go to work.’

My initial reaction was, well that’s ok for you when you’ve got a solid book deal and regular income from writing. Then I realised that she really had a very strong point. I had been viewing my writing as an aspiration rather than a job.  If this was my career now I had to treat it like a career.  So, I changed my juggling.  Time was caged off as writing time and as I got more work and met more deadlines I started thinking of my writing as a job that needed my time and attention and not just my intention. 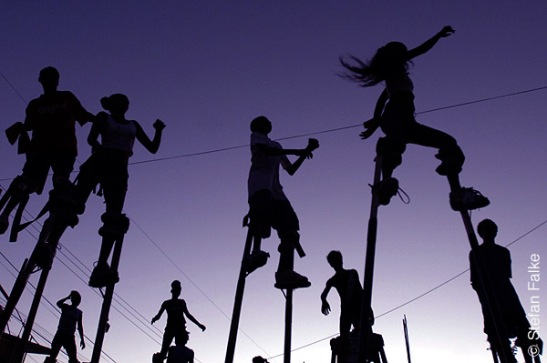 The point is I still had to juggle. I probably had to juggle more in fact. The lesson though, was that more of my juggling time was devoted to writing.  So that meant that there were more balls in the air but lots more of those were writing balls.

And that’s how I do things now.   I certainly don’t always juggle well though.

When I told my kids that I was writing this blog my son said, “Mum, you’re not really the best person to tell people how to fit writing into their life.  You’re not very good at it.”

(That’s why I write for children, because they are so honest with you…darn them)

My daughter chimed in with, “Yeah, sometimes we don’t see you at all because you’re at your computer the whole time and then sometimes…” she paused for effect here, “ we see you like all the time and it’s too much.”

Still, in the absence of learning magic or running off to be a hermit, for better or for worse I’m stuck with the juggling.

The deadlines will be met, the stories will be written, the kids’ plays and games attended, the bills paid, the milk bought and the house tidied ( sometimes at least)  but no one will ever completely be happy with the juggling.  You know what though, that’s ok.  This is the way I fit writing into my life, or life around my writing or a bit of both.   It works, at least until a few of the balls start dropping.  Then, you know, magic starts looking like a pretty good second option… 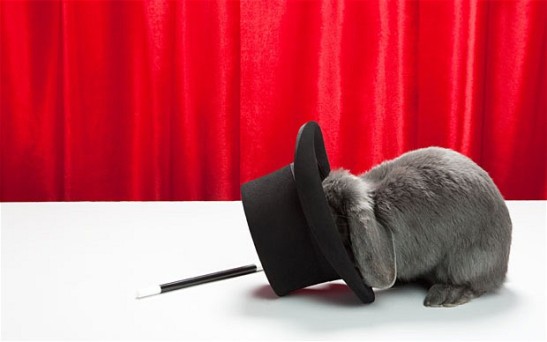 Website|Facebook|Twitter
Mo has worked as an actress and as a storyteller, touring theatres and schools all across the UK and Ireland. As well as her stories for children Mo has also written for radio and theatre and has performed her own comedy material in London and Edinburgh. She also wrote six books in the Ladybird series “Puddle the Naughtiest Puppy.” Mo’s third book in the “My Big Fat Zombie Goldfish” series is published with Macmillan in January 4014.

5 comments on “How do you fit your writing in with the rest of your life?”