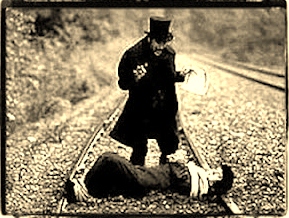 There is an argument that killing off a main character for shock value is a cheap trick. Asking a reader to invest their emotions in a character who is going to die unnecessarily is a fiendish abuse of your reader’s trust. FIENDISH, I say!

But if that death has an emotional impact upon other characters, and if it drives the story to new places, well, what then?

Surely, then the character’s demise can have great value. It can provoke from the reader the kind of emotional response that stops them in their tracks. It can change the direction of a story and heighten the tension by letting the reader know that everyone is in danger; no one is safe . . .

. . . Or does it make the reader care less? Does it make them throw their hands in the air and refuse to invest in any of the other characters for fear that they too might suffer a similar fate? 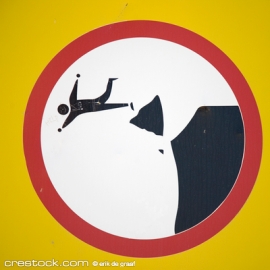 These are the things that burn in a writer’s mind when they reach that point. The point at which their character is teetering on the edge of the cliff or the bullet is millimetres from their heart.

Balance and delicacy is the answer, I suppose. Kill them, but don’t be gratuitous. Do it for a reason. Do it if that is what the book requires. Do it to advance the story, to make the reader feel something. And isn’t that the whole point? Why do we write if not to make our readers feel?

I love all my characters – even the nasty ones. I bring them into existence and I spend a lot of time with them, so of course I love them, no matter their faults. That’s why it’s always a difficult moment when I realise it’s time for them to go. But if it’s their time, well . . . it’s their time; and if it affects us, the writer, then hopefully it will affect our readers too.

Dan Smith, author of adult thrillers and adventure/survival stories for younger readers. See more of me at www.dansmithsbooks.com
View all posts by dansmithsbooks →

This entry was posted on October 9, 2013 by dansmithsbooks.