There’s a lot of buzz about this future dystopia novel set in a world driven to the brink of destruction by a changing climate, and it’s easy to see why. The plot sounds amazing: Hundreds of years into the future, wars, riots, resource crises and rising sea-levels have destroyed the old civilisations. Only one city has survived: Neo-Babel, a city full of cultures – and racial tension. Fifteen-year-old Silver is an Elite, chosen to guard the city because of her superior DNA. But when she’s forced to flee the city and fight to find her family and survive, she learns the truth about who she really is, and who she really loves.

It’s a fascinating premise, and I asked Natasha a few questions about how she came up with this inventive story.

CJ: Let’s start at the beginning. What inspired you to write a future dystopian novel? Was there any particular event or book that made you first think about the story that became The Elites?

NN: I’ve always loved dystopian fiction. I think there’s something so raw and honest about it. Dystopian stories can really get to the heart of what it means to be human and how fragile – and strong – our societies really are. It is especially great in YA, combined with themes of identity and self-discovery. I didn’t decide to write a dystopian book though – it just happened naturally. I’ve heard some criticisms of YA dystopian in particular that the plots and situations are unrealistic, but I think the opposite. Look at all the ways current governments control their societies!

Rather than an event or book, The Elites actually came about from one single line. The first line, which is still the same in the published copy – ‘There is a rumour that the Elites don’t bleed.’

It just dropped into my head one day, exactly like that. But from that one line emerged lots of questions – who are these Elites? Why might there be a rumour that they don’t bleed? Is this rumour true? What does it mean for the Elites themselves? And then as characters started arriving, the plot began to develop.

The whole novel still boils down to that one line though. It encapsulates everything about the story.

CJ: The book focus on multi-racial characters, and touches on issues of prejudice and fears. Did your own background play into the decision to write about this topic? If so, how did it impact your plot and the characters you invented?

NN: My own background definitely affected the racial issues explored in the book. I’m half Chinese, half English, and grew up living between England and Malaysia. Being brought up within two cultures really gave me an interest in ethnic-based prejudices and issues, having experienced some of these first-hand, but it also gave me a love of different cultures. I even studied Geography at university, specialising in cultural topics.

Around the same time as when the first line of The Elites came to me, I was learning in my course about how societies have used science to justify their racial prejudices. For example, Nazi Germany used medical science to prove how the Aryan race was superior to others. It really stuck with me, this idea that governments can use science to enact their prejudices out on a population, and it definitely fed into the story and characters of The Elites.

CJ: You could have written in any genre — what convinced you to write a YA novel?

NN: I love love love YA fiction. It’s such an incredible genre. We have everything adult novels have, but our plots tend to be pacier, really involving readers and getting to the heart of the action, and we focus on issues such as self-discovery, identity and the joy and pain of growing up, which really are universal topics and not specific to the YA age-group. It’s accessible fiction too, so advanced younger readers can pick up our books as well as young-at-heart mature readers.

To be honest though, I never chose to write specifically for YA. It just came really naturally when The Elites (the first novel I’d ever written) was developing in my head, and all my story ideas since then have also been YA or children’s. It’s probably influenced by the fact that YA is 80% of what I read! But I also love spending time with my young characters, exploring the world as they see it for the first time outside of the influences they grew up within, feeling again those feelings of first love and self-discovery that I remember from being a young-adult myself.

CJ: What books and writers inspire you? 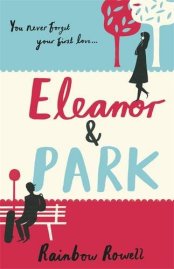 CJ: Tell us a little about how you work. Do you prefer to write in isolation or are you a coffee shop girl? How do you structure your writing day?

NN: I can work anywhere as long as there isn’t music. Unfortunately that rules out almost all coffee shops! I just find music so emotive, and I don’t want to be distracted or influenced when I’m writing. I want a scene to come naturally, from inside. To evolve the way it wants to. Adding music to the mix would just confuse things.

I tend to work at home at my dining room desk, because one of my other jobs – fashion blogging – is something I do mostly from home too. I find it really difficult to write when I’ve got a tonne of other things I know I need to do in my mind, like answering emails and doing a blog post, so I tend to do those first and start writing around 3pm. But so many things get in the way – exercise, having lunch, having a second lunch, chatting on Twitter…! Sometimes I don’t start writing until 11 pm. I’ll always be thinking about my writing though, whatever else I’m doing, and once I start I can get a chapter – my daily goal – done in about two hours.

CJ: Before becoming an author, you worked as a social media consultant. Do you think social media helps debut writers spread the word about their work? How do you balance the time required to market yourself through social media with finding time to write? Is it a trade-off?

NN: I still work as a social media consultant actually – it’s my third job! I definitely think social media helps debut writers get the word out about their books. Networks such as Twitter are particular good, though I use it mostly as a way to connect with other writers, readers, bloggers etc. Writing is mostly solitary, so it’s great to be able to feel as though you’ve had at least some social interaction in a day! It is extremely time consuming though. Because I’m a fashion blogger too, it’s hard to prise me away from social media, so I’ve learnt not to fight it and just accept that it’s a big part of my life. I think it’s all about using the sites you enjoy or having a goal. If your goal is book promotion, then utilise networks such as Goodreads or Reddit to get the word out about your book, but try not to spend more time doing that than writing your next one.

CJ: Tell us about the book you’re working on now. What do we have to look forward to?

NN: I’m about two-thirds of the way through my second book from Hot Key – The Memory Keepers. Like The Elites, The Memory Keepers is a YA sci-fi novel, though this time the setting is a futuristic London. Technology has progressed to the point where people are able to make recordings of their memories, and some of these memories are traded as commodities for people to ‘surf’ (experience them for themselves).

The story follows Seven, a boy who steals memories to trade on the black market, and a privileged but sheltered girl called Alba, who is from one of the most prominent families in London. Alba discovers Seven when he breaks into her home one night to steal a memory. But instead of giving him away, and for reasons he’ll later learn, Alba promises to keep it a secret if Seven takes her back to his flat to memory surf. Together, they end up discovering a memory about Seven himself, and they try and uncover what his hidden past means before they are found by those that want his secret for themselves.

I’m enjoying writing The Memory Keepers so much, and am super excited to see what everyone thinks!

Natasha Ngan
Website|Goodreads|Twitter
Natasha Ngan is a writer and blogger represented by Nicola Barr at Greene & Heaton. Her debut novel The Elites is out now from Hot Key Books. Natasha is also a social media freelancer and co-owner and editor of the popular fashion blog Girl in the Lens. If you’re interested in fashion or photography (or just like looking at pretty pictures), why not check it out!

CJ Daugherty
Website|Goodreads|Facebook|Twitter
CJ Daugherty is the author of the Night School series of romantic thrillers set in an exclusive boarding school where no one is ever who they seem to be. She is represented by Madeline Milburne. Her latest book, Night School: Fracture was published this summer by Atom/Little Brown. The series is being translated into 21 languages.

2 comments on “Happy Book Birthday Natasha Ngan and The Elites”

This entry was posted on September 5, 2013 by CJ Daugherty and tagged Book Birthday, Natasha Ngan, publication day, The Elites.