Naming characters is something I find either incredibly easy or impossibly difficult. Some characters stroll into my head complete with a name. The main character in my Earth Girl trilogy did that, though in her case it was more like stomping into my head wearing hobnail boots. She was Jarra, an earth girl, and I had absolutely no say in the matter. Jarra was as forceful about her name as she was about everything else.

Other characters are far less helpful. It sometimes reminds me of the television series CSI. Its theme tune goes ‘Who are you?’ Believe me, with some uncooperative characters, that’s what I really want to know. If I could only fingerprint them, look them up on a database, and be given a name and complete past history, life would be so much easier. Instead, I have to go through a long random process. I tend to think of it as like choosing a hat. 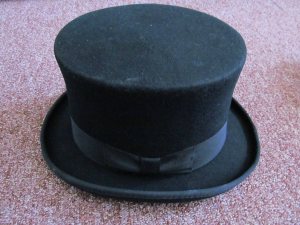 Imagine someone going into a shop full of hats, trying them on in turn until they find one that doesn’t just fit their head, but also, in some indefinable way, suits both their appearance and their character. They may start out with an idea of what sort of a hat they’re looking for, they need a hat of a particular colour or for a particular purpose, or they may have no idea at all. Either way, once they try on a hat and look in the mirror, they’ll know within seconds whether the hat is possible, wonderful, or totally out of the question. Sometimes, the hat isn’t right, but it gives them a much better idea what they’re looking for. Sometimes, the hat may be perfectly acceptable, but they know someone who already has an identical hat.

Naming some characters is exactly like that. I try on names to see if they fit, and I can get through a lot of names very fast, because in most cases they are as obviously wrong for a character as seeing Sylvester Stallone wearing a baby bonnet. 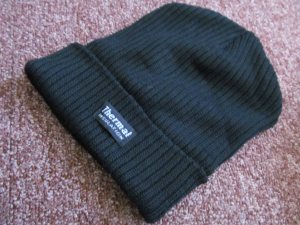 For example, I’ve recently been writing a scene where I introduce a group of three characters. One of them was no problem at all. He came with a name that didn’t just suit him perfectly as a name, but was also integral to his family history and the plot. Total elapsed naming time: 0.2 seconds.

The second character was tougher. For some weird reason, I knew his name started with the letter ‘L’, and was two syllables long. This cut out the ‘Sylvester Stallone in the baby bonnet’ phase of naming, because all the names I was trying were at least possible. After five minutes of trying on names, I had one that seemed adequate. He wore that name for about 5000 words, before I decided it was an adequate name, an acceptable name, but somehow not the right name. Another possible name was rapidly eliminated because I’d already used that name elsewhere. Then I found the name, the name that had shaped my character’s childhood and determined who he was. Now I didn’t just know his name, I understood him much better, and he was far more real as a person. Total elapsed naming time: 5 days. 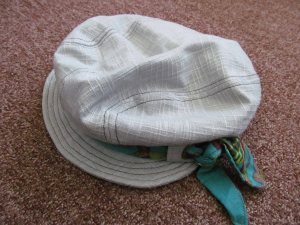 The third character was even worse. She came from a background with very specific naming conventions. After some research, I found a name that was possible and fitted the naming conventions. She’s been wearing that name for a couple of weeks now, but something doesn’t feel right about it. It’s like a hat that doesn’t quite fit, and every time you move you can feel the hat slipping around on your head. Every time that character speaks, I can see her name doesn’t quite fit her.

At this stage, I have to ask myself a question. Would a reader see anything wrong with this name? The answer is that no, they wouldn’t. That leads me on to the second question. Does it matter if the current name doesn’t quite fit this character? The answer is yes, it does. If the character was very minor, a mere mention in one or two scenes, then it might not matter, but this is a significant character. I’ll keep looking for her true name, because finding it will help me understand her and write about her. 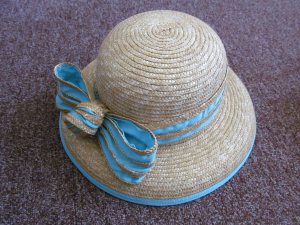 I’m not specifically researching her name any longer. I’ve tried all the usual places for finding names: baby name sites, geographical names, telephone directories, athletes, politicians, actors … Those usually work, but not in this case. The naming conventions for my character’s background mean she’s probably called something that we don’t use as a name at all. I’m trying a different approach now, sitting and waiting for her name to come to me. I’ll stumble across it one day purely by accident, and instantly see that it fits her perfectly. Total elapsed naming time: 18 days and counting.

Janet Edwards
Website|Blog|Goodreads|Twitter
Janet Edwards lives in England. As a child, she read everything she could get her hands on, including a huge amount of science fiction and fantasy. She studied Maths at Oxford, and went on to suffer years of writing unbearably complicated technical documents before deciding to write something that was fun for a change. She has a husband, a son, a lot of books, and an aversion to housework.

Find out more about her and her EARTH GIRL trilogy at www.janetedwards.com

This entry was posted on July 15, 2013 by authorallsorts and tagged Character names, Characters, Earth Girl, Janet Edwards, Writing, YA.