Welcome back to Author Allsorts! We hope you’ve enjoyed getting to know our group of UK-based authors and illustrators of picture books, children’s and YA fiction. Today is the last day of introductions, so meet the final batch of Allsorts and enter our book giveaway…

Natasha Ngan
Website/Blog|Goodreads|Twitter
Natasha is a YA writer represented by Nicola Barr at Greene & Heaton. Since graduating from the University of Cambridge with a Geography degree in 2011, she has been working as a social media consultant and blogger, running top UK fashion blog Girl in the Lens with her photographer boyfriend, and has effectively swapped sleep for writing. Her debut novel THE ELITES will be published by Hot Key Books in Autumn 2013, with another standalone YA title released the following year. 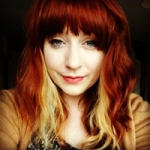 Kate Ormand
Blog|Goodreads|Facebook|Twitter
Kate Ormand is a YA writer represented by Isabel Atherton at Creative Authors Ltd. She lives in the UK with her family, her partner, and a cocker spaniel called Freddie. She recently graduated from university with a first class BA (Hons) degree in Fine Art Painting. Kate loves long walks with Freddie, reading teen novels, and painting her nails. DARK DAYS, her YA dystopian debut, will be published with Sky Pony Press in Spring 2014.

Emma Pass
Website|Blog|Goodreads|Facebook|Twitter
Emma Pass has been making up stories for as long as she can remember. Her debut novel, ACID, will be published on 25th April 2013, followed by another stand-alone thriller for young adults in 2014. By day, she works as a library assistant and lives with her husband and dog in the North East Midlands.

Ellen Renner
Website|Facebook|Twitter
Ellen Renner was born in the USA, in the Ozark Mountains of Missouri, but came to England looking for adventure, married here, and now lives in an old house in Devon with her husband and son. Her first book, CASTLE OF SHADOWS, winner of the Cornerstones Wow Factor Competition, was published by Orchard Books in 2010. It was chosen for both The Independent and The Times summer reading lists. Both CASTLE OF SHADOWS and the sequel, CITY OF THIEVES (Orchard, 2010), were included on The Times reviewer Amanda Craig’s list of best children’s books of 2010. CASTLE OF SHADOWS has won the North East Book Award 2011 and been shortlisted for 4 other awards, including the West Sussex Children’s Book Prize 2011. Ellen originally trained as a painter and surrounds herself with sketches of her characters as she writes. She spins wool as well as stories, knits and weaves; and collects teapots and motorbikes.

Holly Smale
Website|Goodreads|Twitter
Holly Smale fell in love with writing at five years old, when she realised that books didn’t grow on trees like apples. A passion for travel, adventure and wearing no shoes has since led her all over the world: she has visited 20 countries, spent two years working as an English teacher in Japan, volunteered in Nepal, been bartered for in Jamaica and had a number of ear-plugs stolen in Australia, Indonesia and India. As a teenager, she also did a little modelling in the hope that eventually she would be sent somewhere exciting. She wasn’t.
After thirty years of optimistically scribbling on pieces of paper and putting them in piles under her bed, Holly signed an international three book deal with HarperCollins in 2012. Her debut children’s novel, GEEK GIRL, was published in February 2013; foreign rights have already been sold in nine languages.
Holly has a BA in English Literature, an MA in Shakespeare, and currently lives with a totally imaginary but very chatty cat in London or @holsmale

Dan Smith
Website|Blog|Goodreads|Facebook|Twitter
Growing up, Dan Smith led three lives. In one he survived the day-to-day humdrum of boarding school, while in another he travelled the world, finding adventure in the padi-fields of South East Asia and the jungles of Brazil. But the third life he lived in a world of his own, making up stories . . . which is where some people say he still lives most of the time!
Now settled in Newcastle with his wife and two children, Dan writes his stories to share with both adults and children.
Dan’s debut novel, Dry Season, was shortlisted for the Authors’ Club Best First Novel Award 2011, and was nominated for the IMPAC Dublin Literary Award. To date, Dan has published three novels with Orion Publishing, with a fourth, Red Winter, coming in July 2013.
2013 will also see Chicken House publish My Friend The Enemy, Dan’s first novel for children.

Keris Stainton
Website|Blog|Goodreads|Facebook|Twitter|UKYA
Keris Stainton was born in Canada, and brought up on the Wirral. In 2005 she gave up her job as an administrator in Corporate Recovery and Personal Insolvency (which is exactly as exciting as it sounds) to write full time. Her first novel, Della Says: OMG! was published by Orchard Books in 2010 and her second, Jessie Hearts NYC was published in 2011. Emma Hearts LA was published in June 2012. She lives in Lancashire with her husband and two young sons, who make her laugh every day. Sometimes intentionally.

Bethany Straker
Website|Twitter
BETHANY STRAKER is an illustrator and designer working in Kent and London. She is currently working on 6 picture books for Skyhorse publishing and currently has a book out written by Isabel Atherton, called ‘Zombie Cat: The Tale of a Decomposing Kitty’. Her new books include a book she wrote called ‘The Funny Bunny Fly’, ‘A Curious Robot on Mars!’ written by James Duffett-Smith and ‘Smelly Ghost’ by Isabel Atherton. Previously, Bethany has illustrated for magazines for Disney, CMP Information, Bliss magazine, the National Magazine Company and GoGo’s Crazy Bones. You can see some examples of her work on her website, www.bethanystraker.com

That’s all of us! We hope you enjoyed launch week as much as we did!

The winner will receive the following books from our shelves:

The giveaway is international and will run throughout April. Follow the link below to enter.